One of our policy priorities, a bill to maintain document recording fee funding for programs that are ending homelessness, had a wild ride in the legislature this year. Advocacy, both online and in-person, kept pressure on lawmakers to ensure that important services like domestic violence shelters could stay open. Inspired by a Spark Change Podcast conversation with McKenna Haley from the Seattle University Project on Family Homelessness, I decided to use Storify to tell the story of how members of our advocacy community spoke up for our most vulnerable neighbors. Here’s a look at some of the tweets, blog posts, photos, news stories and Facebook updates that made a difference.

When people in Washington state file certain real-estate documents, they pay a small fee. The money supports programs that help people avoid and get out of homelessness, and the funding has had a huge positive impact. Since the fees were enacted in 2006, homelessness in Washington state has gone down by about 30 percent. The fees that have fueled this progress were, unfortunately, scheduled to reduce by $10 in 2015, and then by another $20 in 2017. This would have resulted in a loss of more than half of the funding for homelessness programs across the state. Firesteel joined lots of other passionate advocates in an effort to ensure funding for these effective programs.

Our colleagues at the Washington Low Income Housing Alliance led the charge. They worked with members of the House and Senate to create bills to make the document recording fees permanent, and also coordinated testimony at the capitol to support the bills. Advocates used the hashtag #DRF2014 to support the bills online.

@YWCAworks Liz Mills just testified PRO for #DRF2014. Link to program she mentioned that exists b/c of doc fees. http://t.co/4OJzRgWnG0

The Housing Alliance also organized a big lobby day (#HHAD2014) where 600 housing advocates met with their legislators and urged them to extend the fees.

Meeting with speaker @frankchopp at #HHAD2014, advocating is fun and easy! pic.twitter.com/2woI8aqXTr

The view from the podium at #HHAD2014 So many beautiful advocates! pic.twitter.com/2LPFKrzRwB

The #hhad2014 rally begins on the steps of the Capitol in Olympia. 600 advocates! #endhomelessness https://t.co/wndkWJr8Ja

Firesteel shared personal stories from people who escaped homelessness thanks to fee-supported programs. And we encouraged people to contact their legislators.

"The night Jane's kids were in danger, we found them a place to stay. Now the program that helped them faces cuts" http://t.co/lwj7R6u17w

Legislators on both sides of the aisle supported extending the document recording fees. The House passed a bill to make the fees permanent; a bill to extend the fees was working its way through the Senate.

Then something strange happened…

Sen. Jan Angel adjourned a housing committee meeting on 2/27 before giving committee members a chance to vote on the bill. It looked like the bill was dead. Many blamed partisan politics. We saw an outcry on social media, and stories, opinion pieces and editorials started appearing in news media outlets statewide.

@SeaTimesOpinion article from Sen Steve Hobbs on why we must extend #DRF2014 by passing ESHB2368 #homelessness #WAleg http://t.co/WwUNryKw9t

Traditional and new media stories complemented each other; advocates posted links on social media to the articles, along with calls to contact legislators. The Housing Alliance organized a call-in day on 2/28, and capitol operators were overwhelmed by housing advocates’ calls.

Call the legislative hotline TODAY to urge them to support affordable housing.See this link for the number! http://t.co/jT02PJ8f0q

Many advocates changed their social media profile pictures to the image below to encourage others to call. 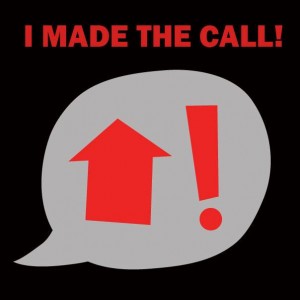 On 3/6, the Housing Alliance organized a press conference and event at the capitol where advocates rang a gong once to represent each person found outside during a point-in-time count.

We'll start ringing this at 10. 5,043 times. Once for each unsheltered homeless person counted. pic.twitter.com/zuXCAChICY

Sounding a gong to remember those who are homeless, cold & wet. #waleg #DRF2014

Feeling the pressure, Sen. Angel issued a press release and wrote a letter to Gov. Inslee asking for a talk force to study the fees.

The governor replied that a task force wasn’t needed—what was needed was a bill on his desk to sign.

When it was apparent that a bill wouldn’t get out of committee by the 3/7 cutoff, leaders from the House and Senate said the issue would stay alive until the legislature adjourned.

Advocates kept the heat on, and the document recording fees passed with just a few hours left in the legislative session.

This encapsulates how we feel about passage of SB5875. We're already strategizing for next season! #DRF2014 #homeless pic.twitter.com/vzyBjmlC9c

The final law isn’t perfect, but advocates are relieved that effective programs to end homelessness will continue to receive this important funding source until at least 2019. We resurrected the bill and achieved this outcome thanks to an amazing online and in-person effort from our advocates! Here’s the last word:

In @theolympian, our fearless leader gets last word on version of #DRF2014 that passed #WAleg last week. #ESSB5875 http://t.co/TemhUEb364